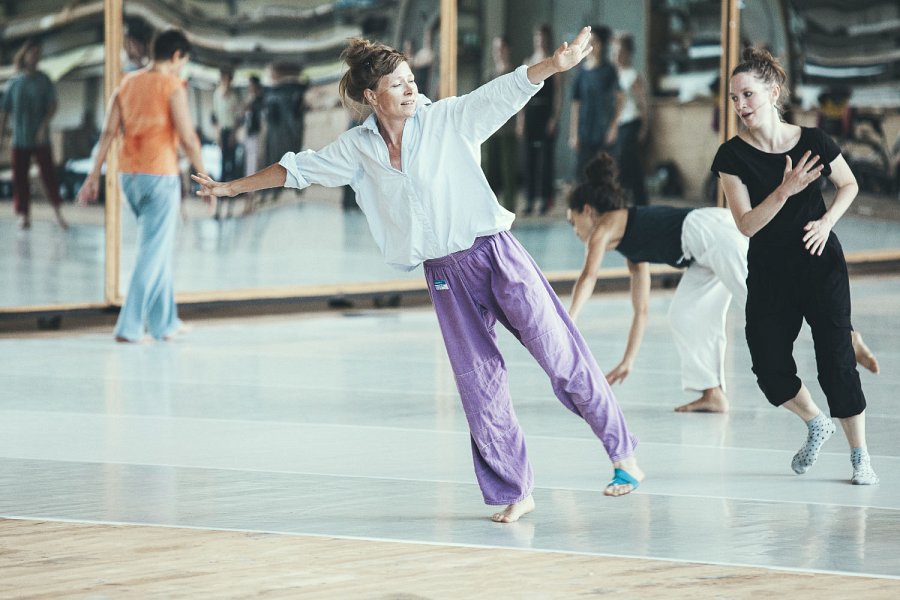 Did you know that Kangaroos and Gazelles can leap and hop much farther and faster than can be explained by the force of the contraction of their leg muscles? A spring-like action in the fascial tissue of their legs is behind this unique ability and a similar orchestration of loading between muscle and fascia can be found in human movement. The fasciae of humans have a similar kinetic storage capacity to that of kangaroos and gazelles. This is not only made use of when we jump or run but also with simple walking, as a significant part of the energy of the movement comes from this springiness also called elastic recoil.

In this workshop we will investigate the body and its magnificent shock absorbing, energy storing and returning systems. We will explore coordination and movement applications and expand our ability for symphonic wave-like shock distribution.